A photo exhibit of Team USA 2012 opens in New York on Friday. A press release from the art gallery reads, "You will not see world-class athletes like this anywhere."

Critics will say that's because the pictures by AFP photographer Joe Klamar are terrible. They pick at the lighting, awkward poses and shoddy backdrop.

His supporters call the work honest and original. AFP defended Klamar in a blog post addressing the controversy.
END_OF_DOCUMENT_TOKEN_TO_BE_REPLACED

Armed in the USA

Picture a group of 100 people. Now imagine 89 of them have a gun. That's the average ratio of firearms to people in the U.S. according to 2007 figures from the monitoring group Small Arms Survey.

Now consider this: the country with the second-highest rate of gun ownership is Yemen. And it has an average of 55 guns per 100 individuals.

The Second Amendment of the U.S. Constitution is commonly quoted as "the right to bear arms," though its meaning is frequently debated. The recent massacre in the state of Colorado has put new attention on gun control laws.

But skeptics doubt anything will change... and point to past tragedies as proof. The Columbine school shooting of 1999 happened in Littleton, Colorado. That's just 18 miles (30 km) from Aurora.

The first American woman in space has passed away at the age of 61. Sally Ride broke barriers and inspired people to reach for the stars.

And in death, Ride may have become a role model for another reason. The obituary posted on her organization's website noted Ride's partner of 27 years, Tam O’Shaughnessy. It's believed to be the first public acknowledgment of their same-sex relationship.

A 2009 article on the same site described Ride and O'Shaughnessy as "good friends" and "co-authors." But it also reveals some of their romantic story. They met at age 12 through tennis. O'Shaughnessy went on to play professionally. And through the years, they stayed in touch.

Ride's sister, Bear, tells the website Buzzfeed that the relationship was never hidden. She says most people also did not know about Sally Ride's pancreatic cancer because she was a "very private person."

Some will argue that Ride's orientation is unimportant, that she should be remembered solely for her scientific and educational accomplishments. To that I say, name one openly gay astronaut.

Sally Ride was a trailblazer for women into the final frontier. Let's not limit her now.

Kickstarter calls itself "the world's largest funding platform for creative projects." And last month, it rolled out a new page to share its data.

The site says its numbers are updated at least once a day. Right now:

Seven completed projects have raised more than $1 million. Another recently passed that milestone... and did it in record time. Ouya, a video game project, hit seven figures in just 8 hours and 22 minutes.

Another tech project is hoping to have similar success. The online comic, Penny Arcade, is seeking $1 million to go ad-free.

Don't forget, Kickstarter is an all-or-nothing deal. So Penny Arcade won't get a penny unless it reaches its goal.

The site's co-founder, Yancey Strickler, spoke to us back in March.

Putting Batman to the test

You've probably heard this icebreaker question before: If you could be any superhero, who would you be?

Without fail, whoever says Batman will gush about the gadgets and point out that Bruce Wayne is not an alien. Trust me.

But could any human become Batman? And just how realistic are his crime-fighting tools?

First off - congrats on a double dose of incredible life-changing news!

I know you're incredibly busy adjusting to life after Google, cranking up your new CEO gig at Yahoo!, and finalizing your go-bag for the birth of your son in October. But please consider a few thoughts from a well-intended geek mom and journalist.

END_OF_DOCUMENT_TOKEN_TO_BE_REPLACED 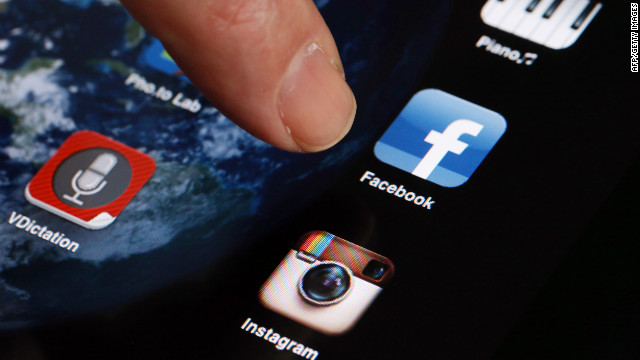 What's trending, as I write this sentence? A few hashtag games like "#OverusedWords," a tribute to former teen queen Hilary Duff, "Hilary is our Cinderella," and "Male Beliebers Exist," a reference to obsessive fans of Justin Bieber. END_OF_DOCUMENT_TOKEN_TO_BE_REPLACED

The man who oversaw one of the world's biggest armies is out. Less clear is who takes over Ri Yong Ho's position as North Korea's powerful army chief.

And more importantly, what does it mean?

Ri's sudden dismissal caught North Korea watchers by surprise. He has frequently been by Kim Jong Un's side since the young leader took over following his father's death in December 2011.

In fact, they walked opposite each other during Kim Jong Il's funeral procession.

They appeared together as recently as last week. There was no sign of disagreement, or the "illness" that forced Ri's removal.

END_OF_DOCUMENT_TOKEN_TO_BE_REPLACED

Update: Since we posted this, the "truth" was unblocked on Sina Weibo.

On the Internet in China, the "truth" has vanished.

It might seem like a bad Orwellian joke, or a satirical headline from "The Onion," but it's true.

END_OF_DOCUMENT_TOKEN_TO_BE_REPLACED

The Olympics kick off in London just two weeks from now. Athletes are set to arrive this weekend.

But the British government has just called up 3,500 troops to help fill a gap in security personnel.

The deployment means that 17,000 troops will be on duty in the United Kingdom during the Games, compared with the 9,500 currently in Afghanistan.

Here at News Stream, we are always trying to "visualize" the news. We've added a category to the blog called, "Great graphics" if you'd like to see some others.