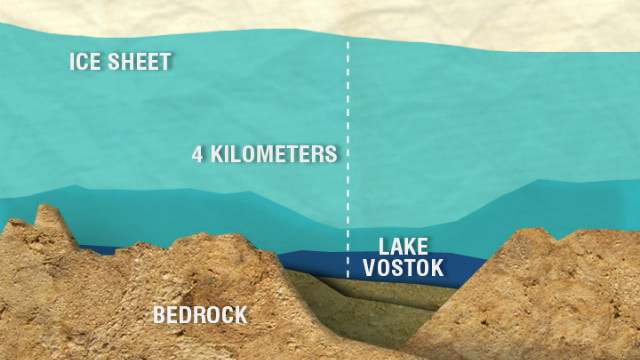 State-run RIA Novosti says scientists have finally reached the lake's surface after more than two decades of drilling. It was no easy task. Temperatures at Vostok Station can drop below minus-80 degrees Celsius.

Scientists believe the pristine waters could hold life... possibly primitive bacteria or something that evolved in isolation. But there are fears that research could contaminate Lake Vostok with drilling fluids or the kerosene needed to keep the borehole from freezing over.

Lessons learned from Lake Vostok would stretch far beyond our planet. Its conditions are thought to be similar to Jupiter's moon Europa. So the South Pole could very well heat up the hunt for ET.

Leave a Reply to Mário Silva

RT @youngposthk: Take a look at this letter Young Post received from a reader in Primary Four. https://t.co/kI8eZTOEES
KLuStout

9:59 am ET January 21, 2022 RETWEET
RT @klustout: “An ever downward spiral of helplessness and despair.” Like most airlines, Cathay Pacific has been hammered by the pandemic.…
KLuStout

9:59 am ET January 21, 2022 RETWEET
RT @tara_mulholland: 1) How have you all been secret Meat Loaf fans all this time 2) This is the worst time to live in a place where karao…
KLuStout