Talking to Boing Boing's Xeni Jardin about technology is always enlightening and always fun. She told us what she thought were the three biggest trends in technology in 2010, and it made me think about what my pick would be.

Xeni’s top choice was the impact of Wikileaks. It’s hard to argue against that, but I’ll be honest: I’m a gadget guy. I like toys. I like talking and thinking about them. And the more I think about it, for me 2010 was the year the mobile phone stopped being a phone and became a legitimate computing platform.

The “smartphone” (a term I hate, but that’s another story) is not new. Web-enabled phones aren’t new. And no matter what Apple tells you, mobile apps aren’t new either. But one way or another, there were always compromises. Data connections weren’t fast enough; phones had awful, difficult interfaces to use; mobile apps were crippled, watered-down versions of desktop apps because phones simply weren’t as powerful as “real” computers. 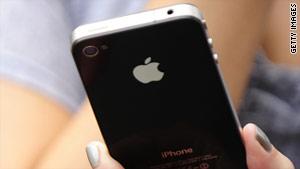 Please don't call this a smartphone

That’s all changed. Android and Apple’s iOS have matured to the point where they offer most of what regular users need. Developers have had a couple of years to understand what people need out of mobile apps. And phones aren’t just closer to computers than they’ve ever been - they also offer more. Most laptops and desktops don’t have GPS, or touchscreens, for instance.

The result is that many of us now carry our most powerful and versatile computing device in our pockets. I’m surprised by how few actual voice calls my friends and I make. I play games, tweet, email, get directions and constantly consult Wikipedia with my phone. Ever since Nokia put Snake on mobile phones I’ve always been able to waste hours playing with phones; 2010 marked the point where I’d shun my desktop or laptop to get whatever I need done on my iPhone.

In many ways the culmination of all this is represented by the new wave of tablets like the iPad. (Relax, Apple haters, I’m not just talking about the iPad here.) The iPad and Samsung’s Galaxy Tab don’t run a “proper”, desktop OS. They both run operating systems originally designed for mobile phones. Far from the days when (for instance) Microsoft’s mobile Windows CE was a pale imitation of its desktop parent, mobile operating systems now lead the way. Proof of this came when Apple announced that the next version of its desktop Mac OS X will include features from its mobile iOS.

Incidentally, two of the new features in the next Mac OS include apps that expand to fill the entire screen and a full-screen app launcher - two ways Apple’s desktop operating system is hiding the desktop. Sound familiar? It’s a notion we’ve explored before...